Reckless admin action has left me no choice but to leave.

I recently found a way to make money by crafting. I would purchase the mats to build a concrete doorway, craft said doorway, then sell it for a 19,800 coin profit. Not a huge profit, but some. I spent well over 5 hours crafting to afford my favorite heli, which costs 7.5 MILLION coins at the hero trader. That well over 5 very boring hours crafting.

I did not hack. A hack requires external code to affect gameplay in some fasion.
I did not exploit. An exploit is taking advantage of a bug or glitch that exists to gain something, or do something, you're normally not able to do.
I did neither of these things.

I simply used the system that the admins set in place to make money another way other than missions, ONLY to afford a extremely overpriced helicopter. EVERYTHING else I had was earned the usual way. Someone saw me flying in the heli, as soon as I purchased it, and asked how I got it after only 14 hours of server time. I told everyone exactly how I did it. When I log back in after a couple days (work) I find my base destroyed, my virtual garage cleaned out (which contained all my other vehicles besides just my AH-11 Wildcat) and all coins I had on my person and bank taken away. Basically everything I had worked for was taken.

I have no messages on the forums here, no one bothered to talk to me about it. I do not cheat at games, I do not hack, I do not exploit. I didn't even accept offers for help when I was first starting on the server, as I like to earn my stuff myself.

But the admins chose to take everything away without even bothering to talk to me about it. If they had talked to me and told me their reasons that they felt I had taken advantage of their system in some way, then I would not have had any problem giving up my favorite heli to make them feel better. But instead they arbitrarily took everything away.

If this is how you treat your players, then I'm sorry, but I will not accept that. I did enjoy your server and I had hoped to spend some time there, but you've left me no choice but to abandon your server and find another that has some respect for their players. Good luck, have fun, and I hope that you find a way to treat your other players better.

noun
Digital Technology (video games)
The use of a bug or flaw in game design to a player’s advantage or to the disadvantage of other players.

The fact that you could make free money from doing this should have been more than enough of a clue as to whether this was an exploit or not, you could have also just asked an Administrator or Community Moderator if unsure.

We do things a little different here at Endless Gaming, we rely on our community members to self moderate behavior and actions where possible, this is a system that has been working quite well in the past, and many community members where aware of the price differences at the wholesale trader, yet chose not to exploit them, because WE where the ones to reduce the price of some materials at their request.

If you require someone to hold your hand and explain to you how to play by the rules, then you may not be suited to this type of community.

Regardless, I won't argue anymore about that and I will accept that it was felt that I was "exploiting" a system in the game. If the admins would have just taken away the hell, I wouldn't have been as upset. But the fact that it was decided to destroy EVERYTHING I had worked for on the server so far was overkill. I'm 41, former military, and problebly one of the most honest people you will ever meet. Otherwise, if I felt I had been cheating, don't you think I would have tried to hide the fact that I was crafting to make money? Instead of telling everyone exactly how I did it?

Instead of taking the time to even send me a message in these forums, or seeking me out in game, you go and destroy my base and remove ALL my vehicles and coins. Bad form. This could have been handled in a much better fashion, a way that I hope you'll employ in the future with others.

Secondly the action was made by me to wipe your assets as per our standard server rules. It is YOUR responsibility to read and know our rules.

Regardless of how you try to paint it, what you did is an exploit.

As per our definition exploiting is, "The use of a bug or flaw in game design to a player’s advantage or to the disadvantage of other players".

Which, I hate to break it to you but buying materials at the wholesaler, crafting them there at the site and immediately selling them back is abuse of the higher sell value which advantaged you. It is also a disadvantage to other players and the fact that it was reported by several members highlights this.

Also because we dont like to censor things from players:

From these logs here you made 4,820,000 million dollars in just under 3 hours, bad form. This is an insult to players who grind at our top tier missions for just as much time to earn half as much as you did.

I summary, if you lack the common sense to realise that your actions are nothing but exploiting then I fear this isn't the server for you.

Second, as I stated in my previous post, I'm not arguing weither it was an exploit or not. I'm conceding that fact. My only defense to that is that I did not think it was exploiting. I am happy to concede that and say I was exploiting as you define it. Since it's your server, your definition is what matters.

My complaint is how you handled the infraction. Arbitrary, with no consultation. Not even the courtesy of informing me I had broken your rules. I found out from a fellow player what happened. This is wrong, in my opinion. I, personally, would never treat another player that way. And never did when I used to run a server for my gaming community.

All this it mute, though. If you have more comments for me, I'll gladly read them here. But I'm done trying get my opinion across. I've my complaint, thank you for listening, have a wonderful day.

Posts : 148
Join date : 2017-08-06
"My complaint is how you handled the infraction. Arbitrary, with no consultation. Not even the courtesy of informing me I had broken your rules"

Ok you have a bit of a point here however we are not able to  send notices in game(no functionality).
Normally we do so on the forums however your ingame name is Mobius and your forum name is Cynical1942. I am not a wizard, I cant always know whos forum account belongs to who.And we certainly dont publically post these kinds of things.

As for the exploitation I have about 7.5 million(that heli) in the logs, I am willing to offer a rare olive branch and return all besides the 7.5 million. Its up to you if you want to take it. But be aware, one screw up and your gone.

Posts : 10
Join date : 2018-05-17
You are absolutely correct. I didn't think about the differences between my forum name and my game name. The only way you could have known is if you saw (and remembered) my starter crate request. I apologize for assuming you could contact me about this incident.

If you are willing, I would like to take you up on that. I did enjoy your server and, more importantly, the people on it. I have no issue, what so ever, with giving up the exploited coins. I admit I'm at fault there, though it was not intentional. The crafting was only done for the AH-11, I think the total was 7.6 million(ish) total done that way. Thank you.

Side note, if it's not to much trouble, why is the AH-11 so high a price? Granted, I haven't seen the prices at the super hero trader yet, as I'm not high enough. But that heli and (I believe) 2x ka-60 are quite a bit more than the rest of the vehicles, is there a reason for this? Or is it just to have some higher priced items at the normal hero trader?

Again, thank you for both the olive branch you offered, and for taking the time to respond on these forums.

Posts : 268
Join date : 2017-08-05
The prices differ mainly because they vehicles are premium items, and we didn't want to humanity restrict them too much, as they are highly desired items and we want people to have reachable goals with rewarding outcomes.

Your refund has been approved, I ask that you be momentarily patient while we itemize what has been removed from your account.

You may speed up the process by replying with a list of any items you remember, which can then be compared to the database, as opposed to blind searching.

The rest was mainly the base, which had a total of 14x full concrete walls, 2x concrete Garage doors, 4x conrete doorways, 25x metal floors, plot pole, and 2x safes.

At last login, my base still had the two safes, 2x locked garage doors, and 1x locked doorway (maybe 2). If the safes are gone, only thing I can remember besides 3x dmrs and about 25 dmr mags is just random food and parts.

Anything else can be farmed again, I believe. It's not a lot, but it was all I had.

I have looked for what you own and have found the following, which you can request a refund from any admin(ME,Knight,Welsh, Jessica Jones or CptPolarbear): 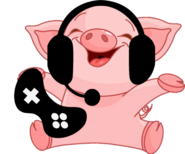 Posts : 28
Join date : 2018-06-01
Location : England
I dont think it is hacking but it is definately an exploit. You shouldn't have been doing this and I strongly advise you not to try this again. It is legit yet unfair to other players who work hard to earn their money and then come up against people like you who find exploits ingame and use them to your advantage.

Venom wrote:Was sure this was about Jess lol

Jake wrote:I dont think it is hacking but it is definately an exploit. You shouldn't have been doing this and I strongly advise you not to try this again. It is legit yet unfair to other players who work hard to earn their money and then come up against people like you who find exploits ingame and use them to your advantage.

If you had read the thread, I had conceded that it was an exploit. As far it being unfair to other players? I shared exactly how I had done it (not thinking that it was an exploit) with everyone so everyone could benefit. I wasn't trying for an advantage over my fellow players. As for your "strongly advise" not to do it again? No offense, but I think the admin actions and the discussion we've had here is plenty of "strongly advise" incentive not to do it again. As I stated before, it was not my intention to cause issues or exploit the game.

WelshGaz wrote:well if you do want to return to the server you're still welcome to, and from the list above i'm happy to refund the stuff to you

You guys just did, thank you Welsh and Polar!

Re: Reckless admin action has left me no choice but to leave.