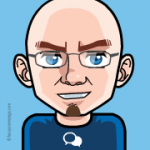 Posts : 268
Join date : 2017-08-05
The heli-drop and lost soldier are non-claimable server events, The helidrop is actually several separate crates that may be collected independent of each other.

A FFA race is all fine, but there's an inherent flaw with this mission in that once the first person gets to the flag, it takes a minute or more for the crates to drop. So the first person can get there, then anyone who happens upon the site while the crates are still dropping can claim the loot?

And before you say "this doesn't happen very often", it's happened to me 3 times over the last couple months, a couple times by some who really didn't know any better, and once by someone who has been a long time player who had flown 2 new players over to the spot as the crates were dropping so they could land and loot while I was still waiting for the crates. They were being greedy and taking everything on the server that was either leftover loot or FFA, whereas at the time I was just starting my base over after a wipe or something and really needed the building mats.

Anyway, what I propose for this mission is that the FIRST ONE TO THE FLAG GETS THE LOOT. Simple as that. It's the only way I can see to keep the greedy piggybackers in line.

Posts : 194
Join date : 2018-04-04
Age : 30
Location : Tennessee, United States
The only thing about that as Knight has said. The Helicopter is intended as a supply drop from the Red Cross to help any "survivors". It isn't meant for just one person to my understanding. I understand that there are people that piggyback and fly in or drive up while the crates are being looted and take some or most of the loot. Just as if it was a real thing and supplies were scarce there would be more than just one person there trying to collect the loot from the crates. The ultimate purpose of Dayz Epoch is to survive and there are many players trying to do so. There are a lot of missions that occur right after the last that have some pretty good loot that can be sold and the wholesaler has cinder and building supplies for sale.

Hope that helps clear some things up if there had been any confusions.

And yeah...it just happened to me again...

» I lost my heli key and 13.5M because of the respawn bug [ REFUND APPROVED ]
» Heli does not come out
» heli crash BS
» Claiming extream missions?
» missions suggestion