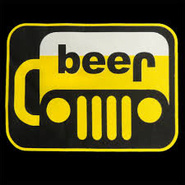 Posts : 3
Join date : 2018-07-28
Age : 24
Location : Gracemere, QLD, Australia
I was flying back from the wholesaler when i decided to test out the Hellfire missile on my apache. As soon as I launched the missile I got kicked from the server with the kick reason being Script restriction #0 ( think #0) and saying vehicle spawn restriction. I have no screenshots of it as I didnt think to grab one of the kick message. If an admin is willing to spawn another one in I would be more than happy to go through it again. I didnt lose anything other than the chopper