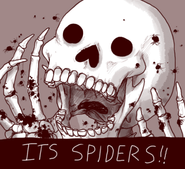 I have played on this server for a few months now, and have interacted with the in-game community frequently. Yesterday, at approximately 3:10 PM PST, I was banned from the server after typing /vote day. Just before that moment I had robbed the bank in the night, and I had bought a M2A3 ERA Bradley IFV. As I was banned post-robbery, I haven't been able to move the vehicle from its current position either. I am unsure if that was what triggered the ban or if any of my other actions unbeknownst to me were reason for my removal. Thank you for your time.

It is probably the anti hack going overboard again.

I will look into this now

this is what caused it:

Just be careful with your / commands. It thought you were hacking.

You should be able to join the server after the next restart.

Re: Ban Appeal for Player: Zachary