This first issue can only be confirmed by another player (possibly just a staff only message in game) I can confirm that fix works.

This issue had just arisen tonight while at my brothers place using his guest PC to game. I can confirm this worked for me.

Again, another issue that I had this evening, but again, with a little help from Fox_Mike, and some google searching, we found this fix. I can confirm this also worked for me.


I truly hope these help should you find yourself unfortunate enough to encounter them. Should you encounter something different, please. Send me a message, and I will add them to this thread. The more help we can offer each other, the better off we are as a community. 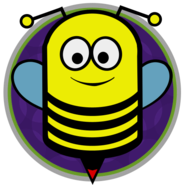 use a windows batch file to connect to the server without ever starting the launcher
here is the code:


Code:
@echo off
:: Edit Both Directories To Match YOUR Installations::

copy/paste this code into a text editor, notepad is fine.
you must save the file with a .bat file extension
example: EG server connect.bat

if you save this as a .txt file it will not work.you can still edit it as a .bat file
save it anywhere i just have it on desktop

Main thing to do after creating the file is you must make sure your file pathways are correct
edit the 2 lines to point to your correct steam folders. this example has the generic default steam pathway i took from an older file.
im not sure of the default steam path now

- it will open a command window so you know its running
- this will not make windows put a popup asking if you want it to run
- this will not open a steam window
- it will not run anything in the background, there is nothing to close